10 Warning Signs of a McDojo

Home » 10 Warning Signs of a McDojo

A McDojo is a martial arts school that teaches a simplified and useless version of their style. Usually a McDojo has a number of red flags which may not be obvious at first, but once you notice them you can never stop noticing them. Perhaps I have you worried. Surely your dojo isn't a McDojo? Perhaps not. But does any of the following sound familiar?

There are hundreds of signs that a dojo is a McDojo, but I will list the most common. Be warned that your opinion of your dojo may be about to plummet.

McDojos tend to inflate the price of memberships fees, the cost of classes, grading fees, clothing, equipment, etc. They may also charge for membership of unnecessary associations or cover for non-existent insurance policies. They may even insist that you only buy merchandise through them which is completely unnecessary.

Sparring has numerous benefits. McDojos shy away from sparring for lots of reasons. The biggest factor is the risk of injury. Students wishing to enter sparring competitions are also a worry for McDojos as it is entirely possible, for instance, that a black belt from a McDojo will be easily beaten by a blue belt from a proper dojo.

This one speaks for itself. No one should earn a belt with poor techniques. If you notice imprecise and weak moves performed by students, especially those who hold high grades, then I'm afraid you're in a McDojo.

Board breaking can be fun and I have no problem with breaking boards on occasion. McDojos often take it too far, even using them as part of gradings. There's no skill in board breaking. Even kids can do it.

McDojos love belts. More belts mean more gradings which means more money. McDojos love money. Once they've run out of single coloured belts they go on to striped belts. Or perhaps they'll put sashes on the end of each belt instead. There are endless possibilities. It all revolves around money. Any proper dojo will have a sensible belt order. Do note that belts in karate, for instance, differ to what is done in Chinese martial arts.

Most styles in martial arts have been around for a long time and have been carefully studied and refined. If you go to a dojo where the instructor invented the style then either they're really good, or it's a McDojo. Let me fill you in on something. It's a McDojo.

McDojos love giving students black belts. In the interest of the instructor getting rich, black belt gradings are of course ridiculously expensive. Ask them why. You won't get a good answer. Such a high number of black belts is also something for instructors to boast about. They'll say "I have trained hundreds of black belts." Yeah. You may have trained them, but it doesn't mean they're any good.

Giving kids black belts is another problem. If there are lots of kids with black belts then you're in a McDojo. Could a kid beat an untrained adult? If they could then they may well deserve a black belt. I suspect not.

Doing martial arts related games in a class for kids is perfectly fine, but if every lesson has a large part of it dedicated to running around and other such activities that are not related to martial arts then you've found a McDojo.

9. Instructor Not Wearing a Gi

I've seen this in two separate martial arts schools. I don't know why they don't wear a gi. Perhaps it itches. If instructors don't wear a gi then it's a good indication that you're in a McDojo.

McDojos often change katas and other sequences. Sometimes the instructor just doesn't know the kata properly and teaches it wrong, possibly as a result of their instructor teaching it to them wrong. Even worse is when instructors think they know best and make their own deliberate changes.

My Dojo is a McDojo. What now?

Don't panic. There are several things you can do.

Why are there so many McDojos?

From what I can see, culture and changes in the customer base have been the two biggest factors in the spread of McDojos.

Luckily many dojos have managed to adapt and avoid becoming McDojos. However, there are still a significant number of McDojos around and I have no doubt that many more will be opened in the future. Really the trouble is that we're at a point where a large number of McDojo trained black belts are starting their own McDojos. 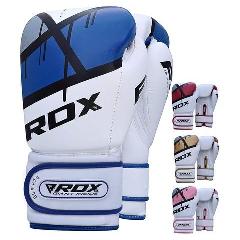